Forecast for the Ogden Area Mountains

Issued by Trent Meisenheimer for
Sunday, April 10, 2022
Today we have a MODERATE avalanche danger on slopes facing northwest, north, and northeast at the upper elevations for hard and soft drifts of wind-blown snow. Human triggered avalanches are possible. We have a LOW avalanche danger on all other slopes where you should use Normal Caution. Risk is inherent in mountain travel, and even a small avalanche can lead to a bad outcome in radical terrain. 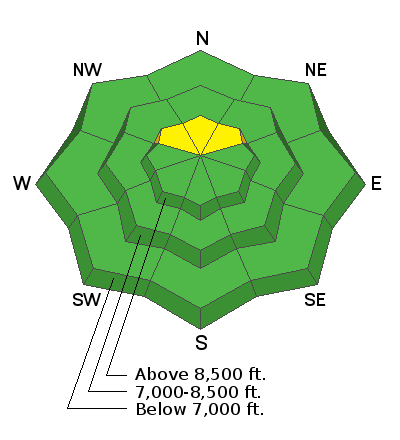 Under partly cloudy skies, the mountain temperatures are frigid compared to the past couple of days. Current temperatures are in the single digits to mid-teens °F, and wind chills range from -4 to -17 °F. Winds are cranking from the northwest, and upper elevation anemometers are spinning 10-15 mph, gusting into the 30's across many upper elevations. Above 9,500', the northwest wind is blowing 30-40 mph, gusting into the mid 40's.
Today, we can expect the clouds and sun to play cat and mouse for the day. Temperatures will climb into the mid to upper 20's °F. Winds are forecasted to back to the southwest and decrease in speeds later today. After sundown, southwest winds will pick up once again ahead of a potent storm off the Oregon coast.
The National Weather Service has issued a Winter Storm Watch that's in effect from now until Monday. Hopefully, it will transfer into a Winter Storm Warning as the storm approaches. The storm lands in Utah Monday afternoon with a frontal passage sometime late in the day. Snowfall will start late on Monday, and the heaviest precipitation will be associated with the frontal passage. As the front moves overhead, we will set up a northwest flow for Tuesday into Wednesday with unstable orographic enhancement, and areas favored by a northwest flow could do very well from this storm.
Below is a loop of the GFS 500 millibar height and vorticity and a total precipitation loop showing the storm moving into northern Utah Monday afternoon and the total water we can expect from the storm. Can you tell I am excited?

No new avalanches were reported yesterday. 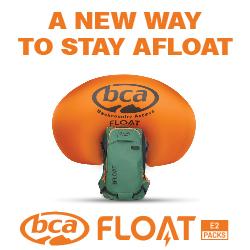 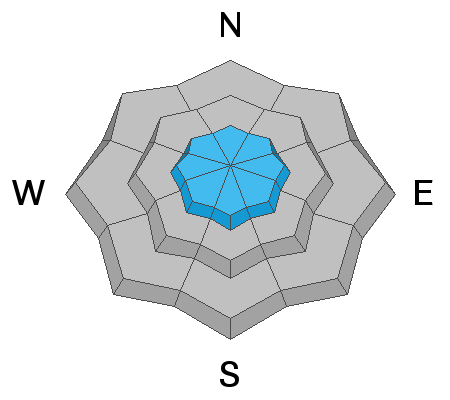 Many surfaces won't have any snow to blow around and drift because they are frozen this morning and there is no snow available for transport. However, dry, cold powder remains on northerly facing slopes above about 8,500' in elevation, and these would be the slopes I would suspect to find some wind drifted snow on.
It's amazing what the wind can do and where it can find snow to drift. Be on the lookout for snow that is actively being drifted by the wind and avoid areas that look pillowy and rounded. Wind drifted snow can also feel stiff/hard and hollow like a drum.
Avalanche Problem #2 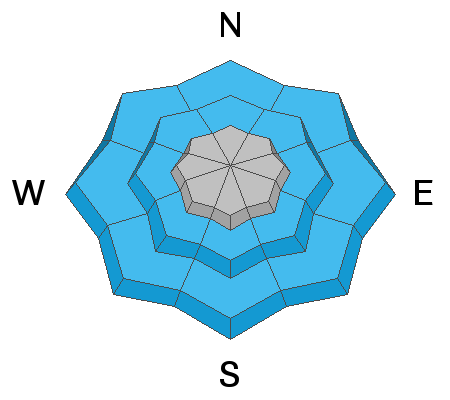 Use Normal Caution: Any avalanche type is possible, but the most common would be windslab, loose wet, and loose dry avalanches, and they would be expected to be small. Do not approach a Normal Caution avalanche problem as an “anything goes” situation. Continue to keep your guard up and look for any signs of snow instability. Evaluate snow and weather conditions as you travel.

Who's up for some free avalanche training? Get a refresher, become better prepared for an upcoming avalanche class, or just boost your skills. Go to https://learn.kbyg.org/ and scroll down to Step 2 for a series of interactive online avalanche courses produced by the UAC.
CLICK HERE FOR MORE GENERAL INFO AND FAQ
This information does not apply to developed ski areas or highways where avalanche control is normally done. This forecast is from the U.S.D.A. Forest Service, which is solely responsible for its content. This forecast describes general avalanche conditions and local variations always occur.
Observations and Avalanches
Backcountry Emergency Procedures
Instagram
Facebook
Get Forecast Email
Previous Forecasts
Contact via email
Submit Observation
< Previous forecast
Next forecast >