Two snowboarders decided to leave the Brighton ski resort afternoon on Monday. They rode the Crest lift then exited through the ski area boundary gate and hiked up the ridge heading toward Pioneer Peak. Once they were near the intended ski decent, one of them had a large cornice break underneath him which in turn triggered a sizeable avalanche that swept him down the slope. He was carried over a sizeable section of rocks. The time was approximately 1:30 pm.

The victim’s partner quickly started down an adjacent slope and made a quick search of the debris pile. Neither of them had any avalanche rescue gear with them. After he was unable to locate his friend he returned to Brighton to summon the ski patrol. At 1:55 pm ski patrol dispatched the initial search party along with the witness. One of the ski patrols located a hand sticking out of the debris pile and they made the recovery at 2:21. The victim was buried about 1 ½ feet deep. Resuscitation efforts were applied and a Life Flight helicopter was sent to the accident sight where the victim was loaded and flown to the hospital where he was pronounced dead. An autopsy revealed he died form blunt force injuries to the torso but also showed signs of asphyxia. The injuries were serious enough that he probably wouldn’t have survived despite the signs he may have been breathing when he came to a stop. 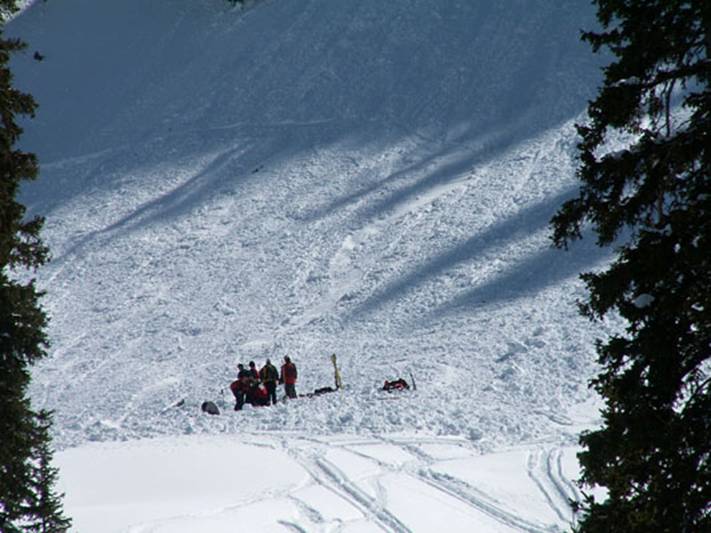 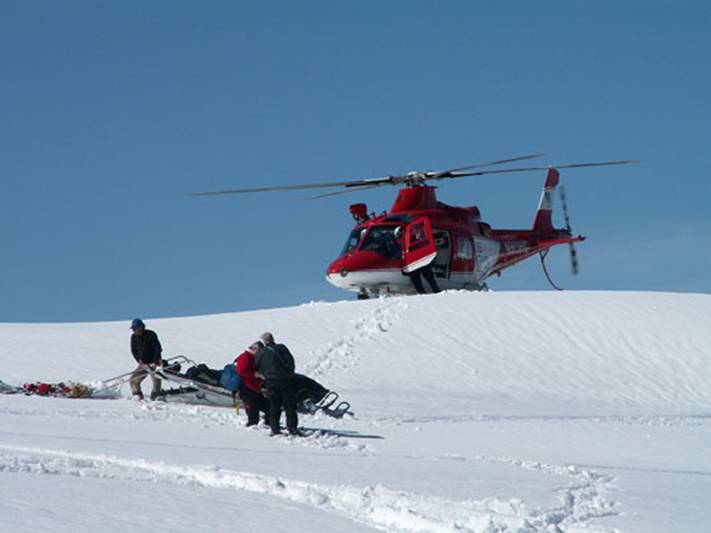 The snowboarders did own avalanche rescue gear and practiced with it. They did not carry it that day because they had no intention of leaving the ski resort. They didn’t call the avalanche forecast that morning but did read the brief forecast that the ski patrol posts from the Utah Avalanche Center at the backcountry gates. They were expert snowboarders but their avalanche skills were not as high. They did note some recent avalanche activity while walking the ridge but were unaware of how sensitive the newer cornices were. The cornice that broke already had foot tracks from other backcountry travelers that were walking around on it earlier in the day. This may have given the victim a false sense of security.
Comments

This is looking up from where the victim was found 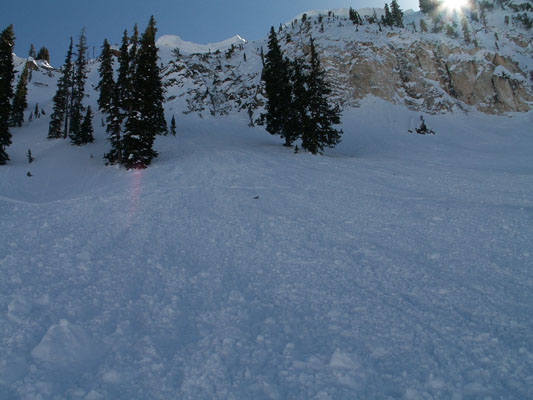 Ski patrol can be seen standing at the victims location. 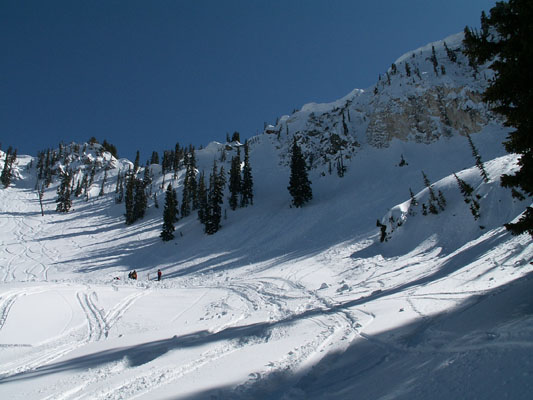